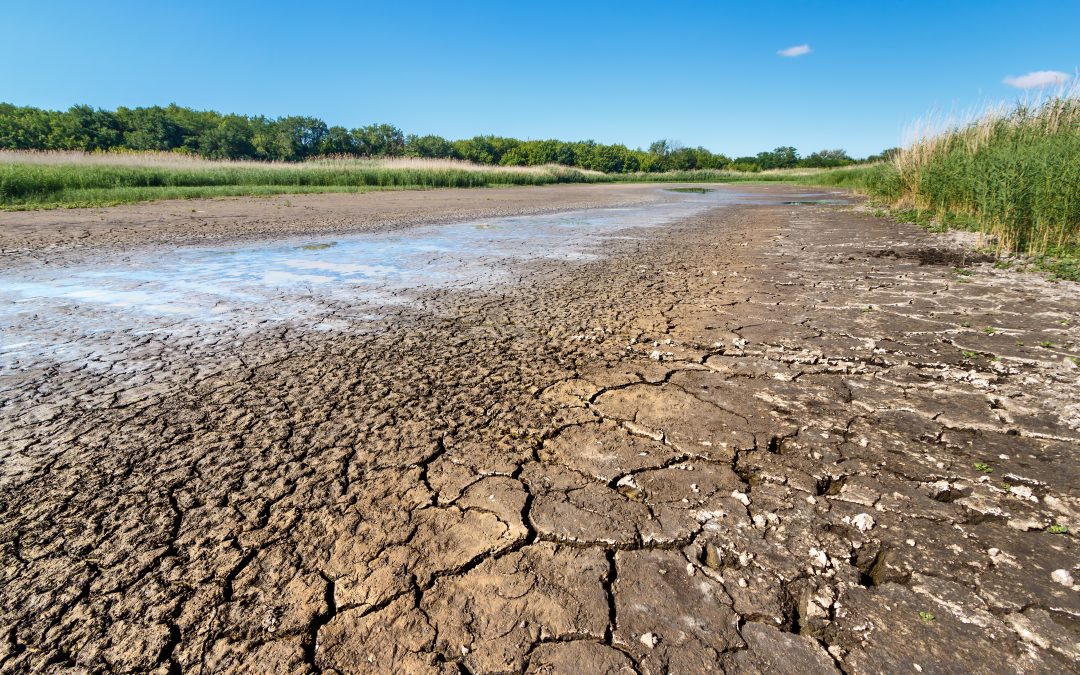 As you may know, places around the globe are experiencing record-setting drought conditions, with water levels falling to unprecedented levels. Across the globe, rivers have dropped to the point where old stone bridges, monuments, and human remains can be seen for the first time in decades, if not hundreds of years. This prolonged drought has brought many of the existing water practices and uses into question and now governments are placing restrictions on water usage.

Lake Mead is a prime example of extreme drought conditions. Water levels have dropped to the point where they are within 150 feet of reaching the dead pool condition. Dead pool refers to when a reservoir reaches a level where water no longer flows out, causing all downstream rivers and streams to dry up. This dead pool elevation is separate from the minimum power pool elevation, which is what allows the Hoover Dam to generate power. This power elevation is roughly 50 feet from falling past this minimum elevation, which would cause roughly 1.3 million people to get power from alternate locations.

A similar problem is occurring in China, which is currently in the middle of a massive heatwave. They have already experienced many rivers and reservoirs drying up, which has unearthed old stone carvings and monuments. This has also resulted in increased use of coal for power due to the lack of water to power their hydroelectric power plans.

Some of the instances of these rivers and streams drying up as part of the dams could have been alleviated if smarter water usage had been put in place to manage what they already had. For instance, for the areas in the desert and other regions of the west that the Hoover Dam services, water restriction needs to be enacted to reduce water use to the greatest extent possible. This would include eliminating traditional lawns and using native hardscaping and fauna that use less water, using grey water for toilets and to water trees, etc. Another practice that would help more substantially would be to limit the expansion of desert cities, communities, and agriculture unless there is available capacity to feed the expansion. Unless strict measures are enacted soon, water levels may drop below the critical levels and leave areas downstream of the Dam without water.