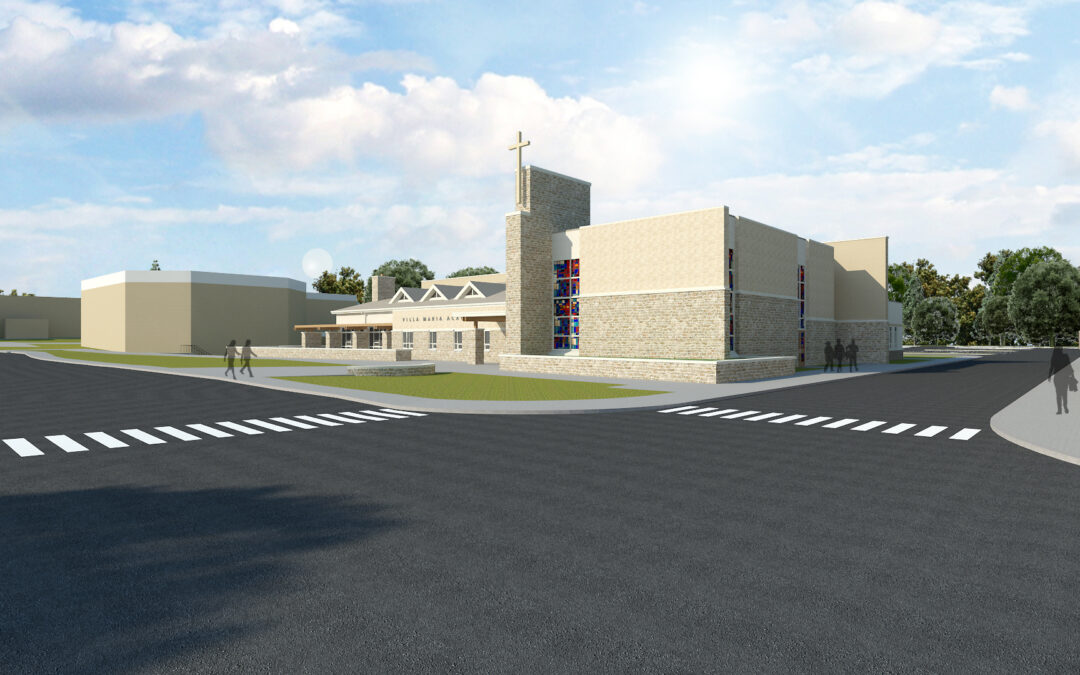 After months of planning, Villa Maria Academy (VMA) and DL Howell received a recommendation for Preliminary / Final Land Development approval from the Willistown Township Planning Commission. Work on the VMA Campus began a few years ago when DL Howell was approached to prepare sketches for a Campus Master Plan. The Plan included renovations that consisted of a new loop road to improve student drop off and pick up, a new student union building, parking improvements, and relocation of tennis courts. DL Howell worked closely with VMA staff to refine the Plan and begin work. In 2018 VMA released DL Howell to finalize the plans for a new loop road that included improvements along Central Avenue. The project received approval in the spring of 2018 and was completed before school started in the fall of 2018. 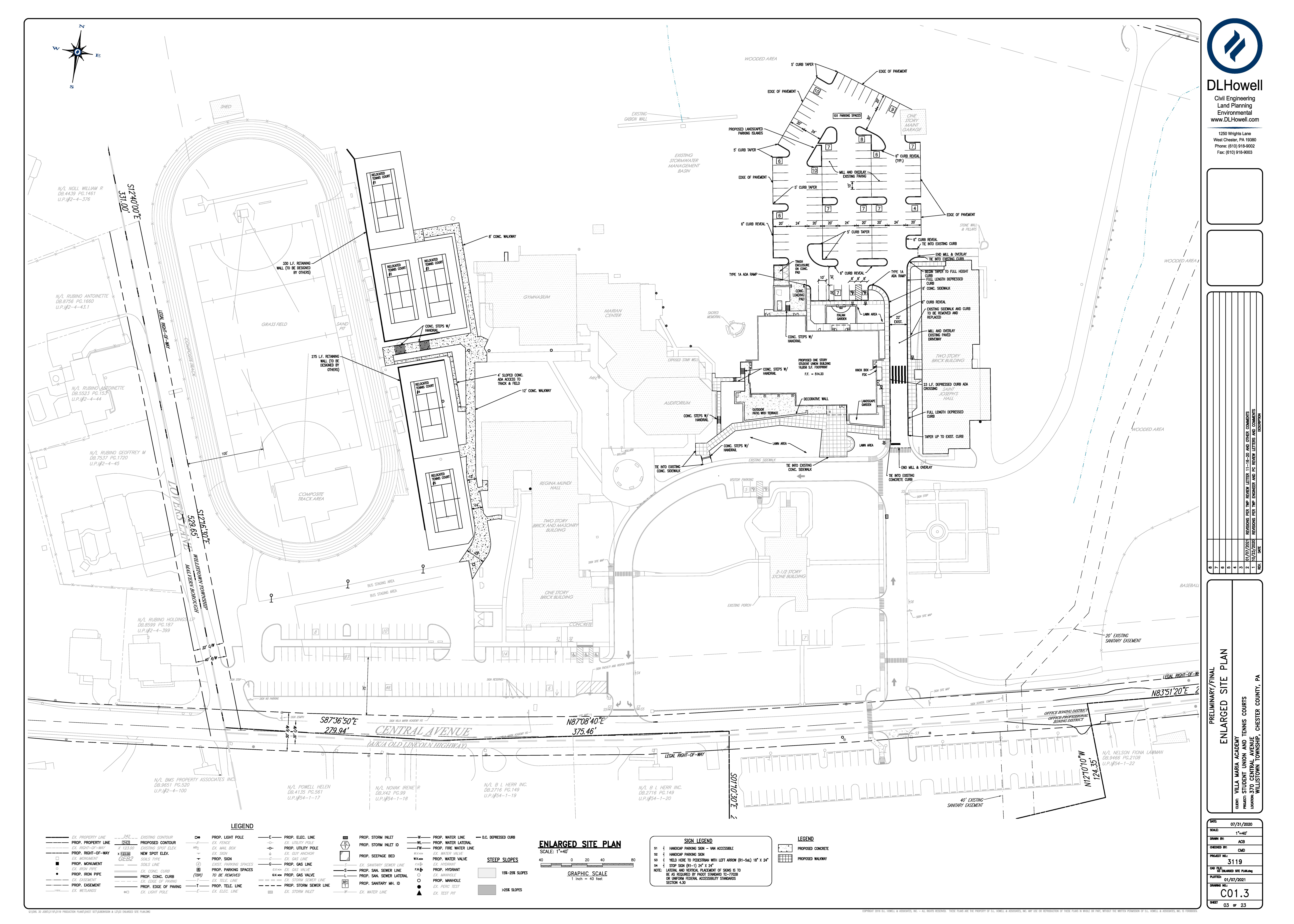 With the success of the loop road project, VMA began fundraising efforts to embark on the next phase of development for the Student Union Building. VMA again approached DL Howell to further refine the campus and prepare various sketches for the building and various options for the tennis courts relocation. VMA interviewed several different architects and general contractors to undertake this expansive project and awarded it to Godshall Kane O’Rourke Architects, The Norwood Company, and Aegis Property Group. DL Howell worked closely with the project team to finalize the building layout and tennis courts relocation. Some of the challenges the project team overcame included designing a unique building that expresses the reverence VMA represents, relocating five tennis courts and designing them within the existing campus, and relocating a network of underground utilities that ran under the building footprint. Additional challenges included strengthening the soil by introducing soil-cement into it, designing a stormwater management system in an Exceptional Value watershed, and developing a plan to construct all this work while school is in session. 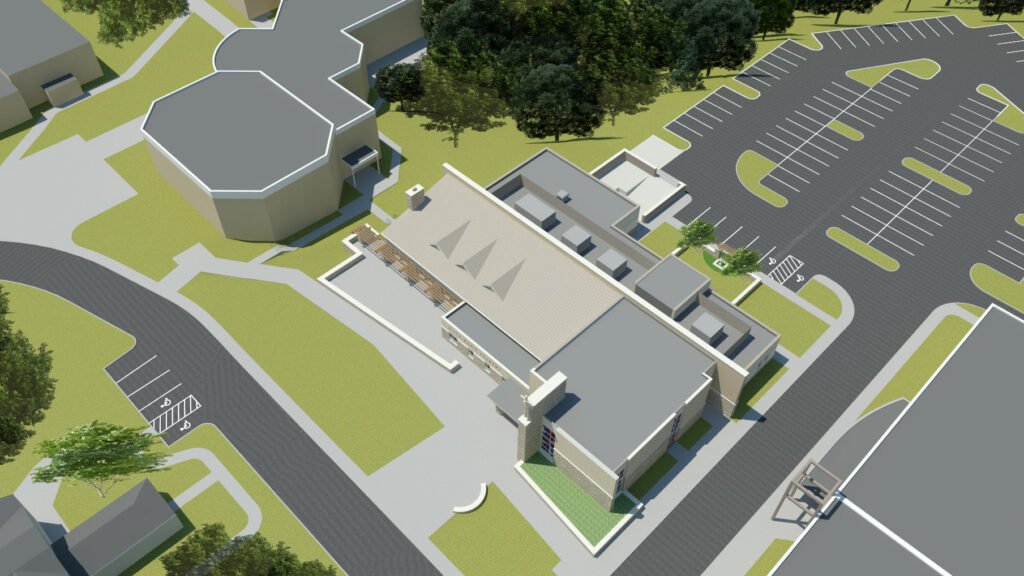 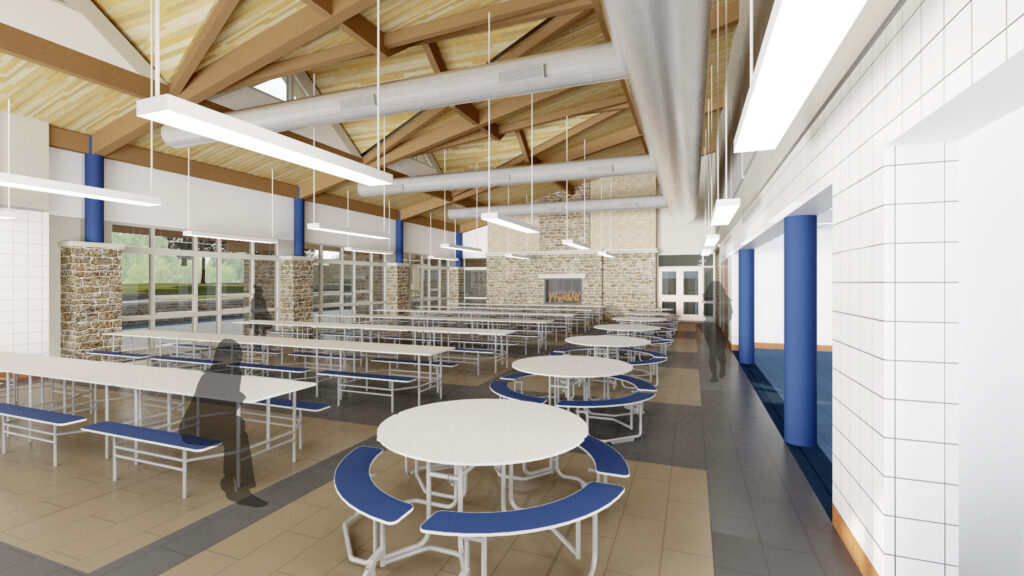 The design team excelled in all the challenges VMA presented and finalized civil and building construction documents on schedule. Final approval from the Township Board of Supervisors is scheduled for February 22, 2021, and NPDES approval is anticipated shortly thereafter. Construction is scheduled to commence towards the end of May and will be completed on Easter Sunday, 2022. DL Howell is thankful to be associated with VMA and the group of professionals they assembled for this project.