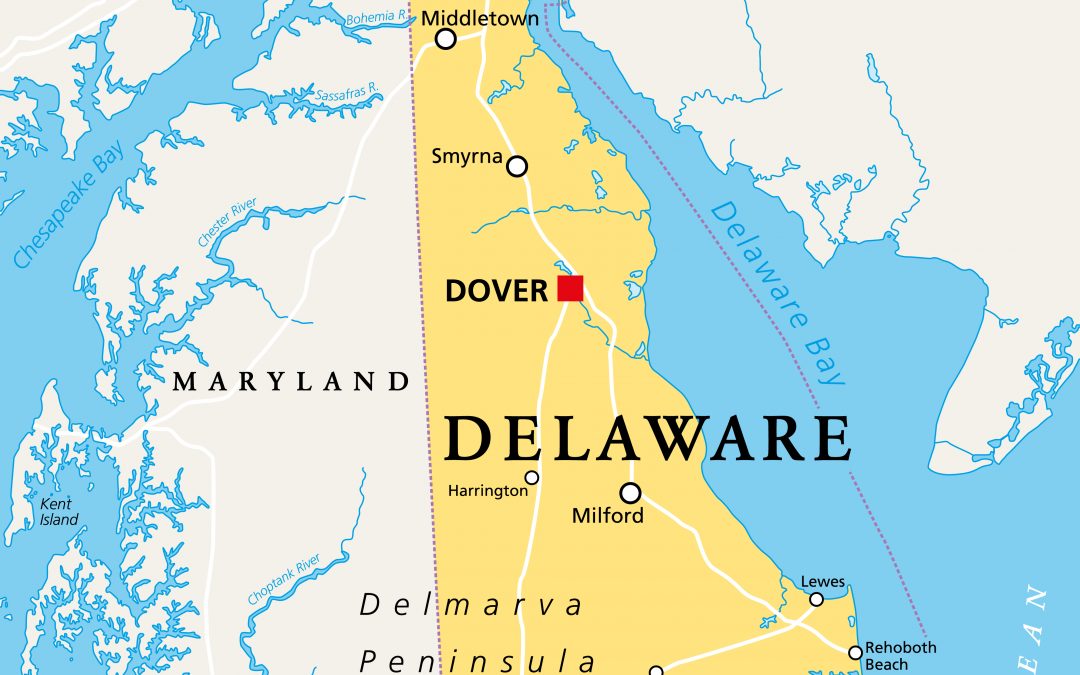 If your property is located on the State Border of Pennsylvania and Delaware, your property line attached to Delaware is on a Twelve-Mile Circle. Howell Engineering recently came across this Twelve-Mile Circle when our design crew checked the bearing and distances we received from our survey department for a new land development project in Bethel Township. Personally, I had to double and triple-check that property line because, to the naked eye, I could’ve sworn the property line was a straight line. The State Border between Delaware and Pennsylvania may look like a straight line when looking at your property’s most recent survey, but it’s actually an arc of a 12-mile radius circle centered around New Castle, Delaware.

The Twelve-Mile Circle of Delaware dates all the way back to 1682 when the Duke of York granted the state to William Penn. William Penn received the land as a debt payment from the Royal family that was owed to Penn’s father. The Duke of York described it as “all that the Towne of New Castle, otherwise called Delaware and all that tract of land lying within the compass or circle of 12 miles about the same”. Many of you will wonder, “Well, how in the world did this state boundary get tied down?”. The border was originally surveyed in 1701 by Taylor and Pierson, but since it was such a difficult survey, three different arcs were created at different times, their center points being a New Castle Church, the Old Newcastle Courthouse, and a nearby courthouse cupola. To mark the location of the state border and the ends of the multiple arcs back in the 1700s, surveyors used tombstones like concrete markers that had mile markers on them. These arcs were ultimately pulled together, merged, and smoothed out to create the Twelve-Mile Circle. As survey technology improved over time, the exact bearings and distances of the circle have been recorded.

The Twelve-Mile Circle was a very unusual border for territorial possession since it extended across the Delaware River, but William Penn acquired the land for ocean access. Normally, when any type of boundary crosses over a watercourse, the boundary would be split down the middle of the low points of the stream channel. The 80-year Penn-Culvert Boundary Dispute between William Penn and Charles Culvert of Maryland settled this boundary along the Delaware River between Delaware, Maryland, and New Jersey. New Jersey has still been fighting until this day to get half ownership of the Delaware River based on the standard of dividing a boundary along a watercourse, but the state has yet to be successful. The parts of the full Twelve-Mile Circle can still be seen on a map by Elk Mills, Maryland and Elsinboro, New Jersey.

To learn more about the history of the Twelve-Mile Circle or the Penn-Culvert Boundary Dispute, please visit https://www.delawareonline.com/story/life/2018/07/05/delaware-defined-story-how-first-state-got-its-shape/744188002/.