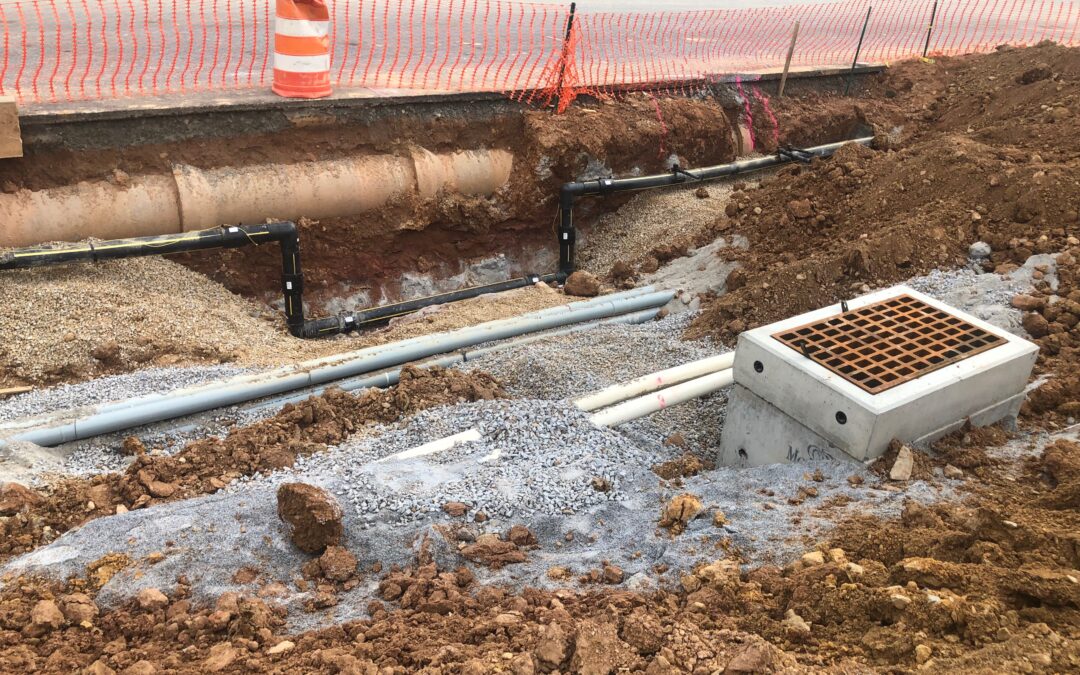 Recently, I was asked to perform Critical Stages Inspections for two major Stormwater BMP’s at the future site of the Cigas Machine Shop in Coatesville, Pennsylvania. The site is located in close proximity to the Coatesville (Chester County G.O. Carlson) Airport but sits just to the South along Waverly Boulevard.

As a part of the construction of the new industrial building and associated parking, the design drawings called for the installation of two Stormwater Best Management Practices (BMPs). The Stormwater BMPs were similar in design, both consisting of sub-surface stormtank facilities. However, one of the stormtank facilities was proposed beneath a parking area, while the second facility was proposed beneath a lawn area towards Waverly Boulevard. Considering this, the excavation contractor decided to construct the stormtank facility located beneath the parking area first so as to not interfere with the site contractor’s schedule. 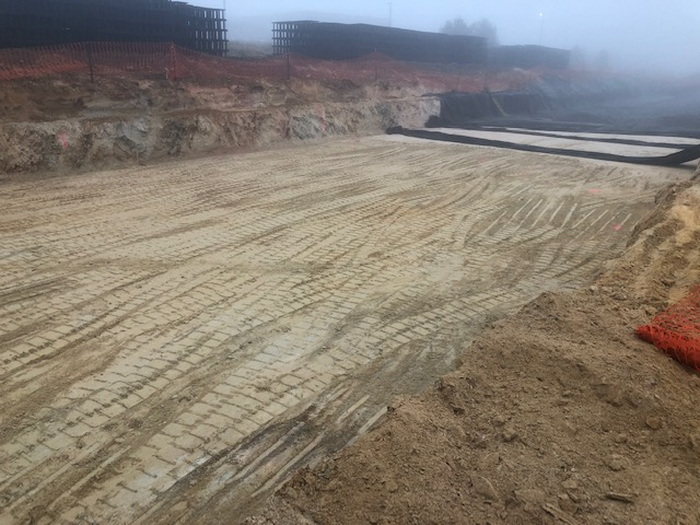 Following the excavation of the first stormtank facility area, I performed the initial inspection of the subgrade, which consisted of examining the soil and making sure it was properly prepared for the installment of the stormtanks. Typically, this would involve scarification of the soil, but this case required compacting the soil, which is recommended for stormtank facilities located beneath parking areas to prevent settling. After I completed the initial subgrade inspection, I visited the site twice during the following week to inspect the installment of inlets, geo-textile fabric, the stone leveling bed, and finally, the stormtanks themselves. 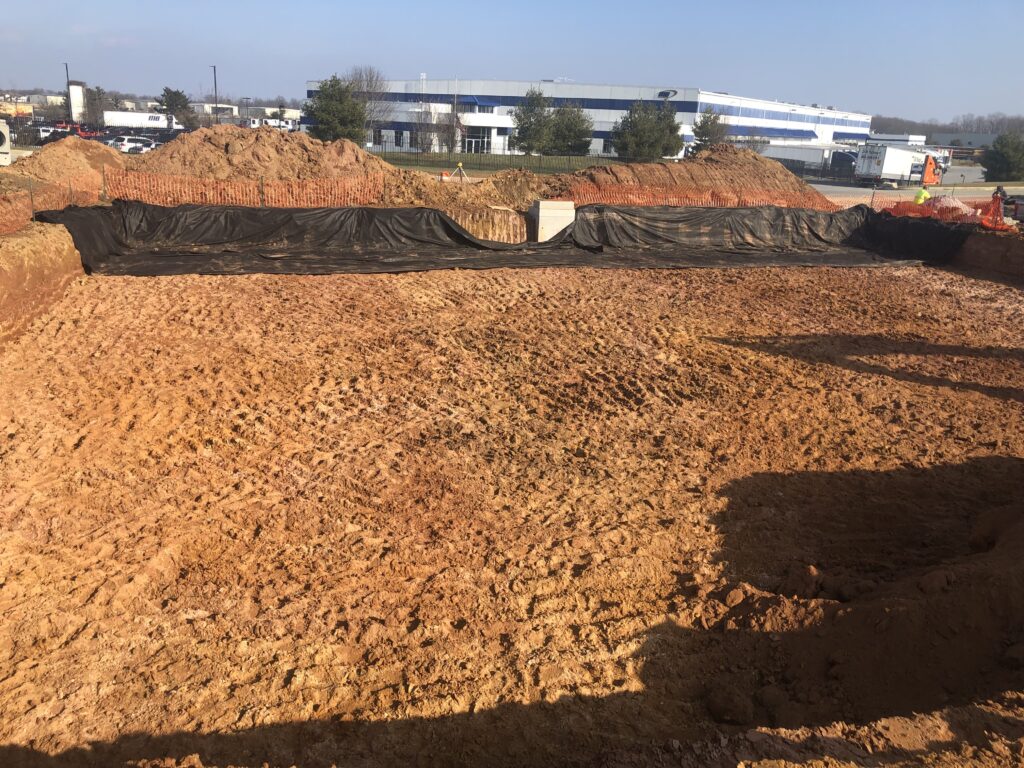 Once the primary stormtank facility was complete, the excavation for the secondary facility begun. Similar to the first stormtank facility, I was requested to perform an initial inspection of the subgrade. This time, it was decided that the soil would be scarified since the stormtank facility was not located beneath a parking area. If you are unfamiliar with the term scarified, you can think of it as light tilling. By scarifying the bottom of a BMP, it encourages infiltration into the soil. 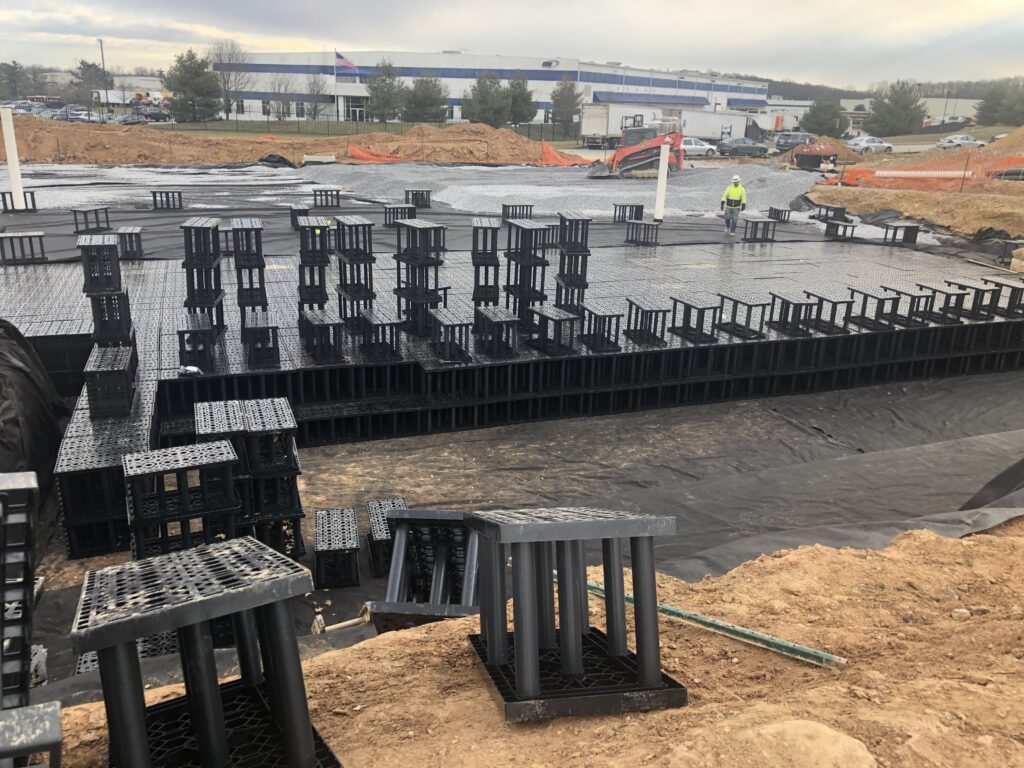 What was unique about the secondary stormtank facility was that its outlet structure connected to the municipal storm sewer system. During my second and third inspections of this facility, I observed many of the same things that I observed in during my earlier inspections of the primary facility. However, during the installment of the outlet structure, the excavation contractor determined that there were more utilities than expected in between the outlet structure and municipal storm sewer. Unfortunately, a gas line had to be relocated to allow for the outlet pipe to connect to the municipal system, but nonetheless, they will now be able to accomplish the connection. 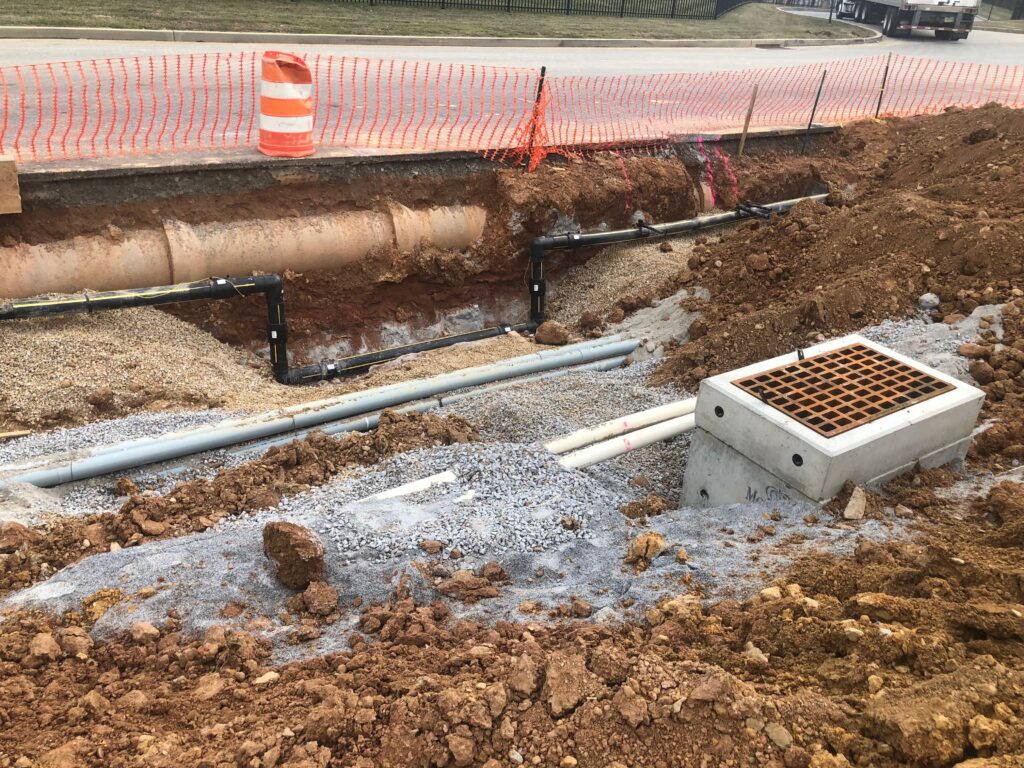 So, why are Stormwater BMP Critical Stages Inspections important? Well, not only are they important, but the majority of municipalities will require them for Land Development Projects. The critical stages inspections serve as a tool for the Engineer of Record to check to ensure their stormwater management system design is installed as intended at specified stages during the construction process. If the contractor does run into any unforeseen circumstances, it allows for the Engineer of Record/Municipality to perform field visits and verify that any field changes made to the design drawings are warranted. It also allows younger engineers like me to gain applicable real-world field experience, communicating what is shown on the plan to the contractors constructing the improvements.