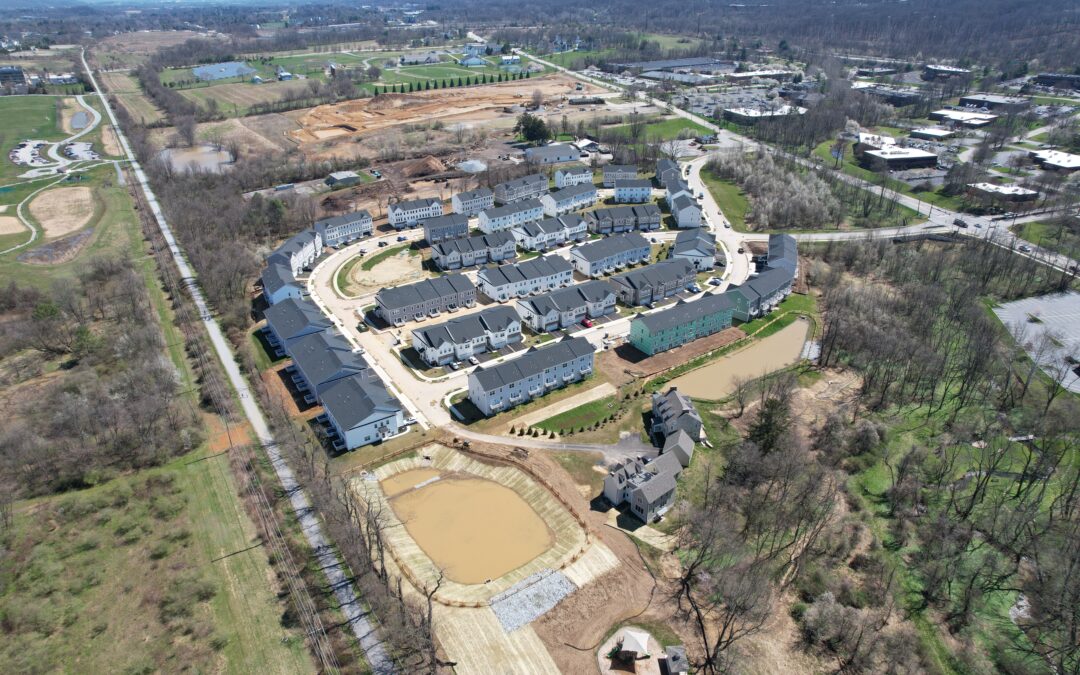 What a difference a year makes… Almost one year ago, I gave a project update about four projects located within ½ mile of each other being designed and built in the Ship Road/Lincoln Highway Area in Exton. Lochiel Farm, a Lennar Community, which had just broken ground, had about 5 of 32 townhouse groups constructed. Now, just a year later, the last few townhomes are getting their finishing touches. The project will hopefully be closed out this spring. 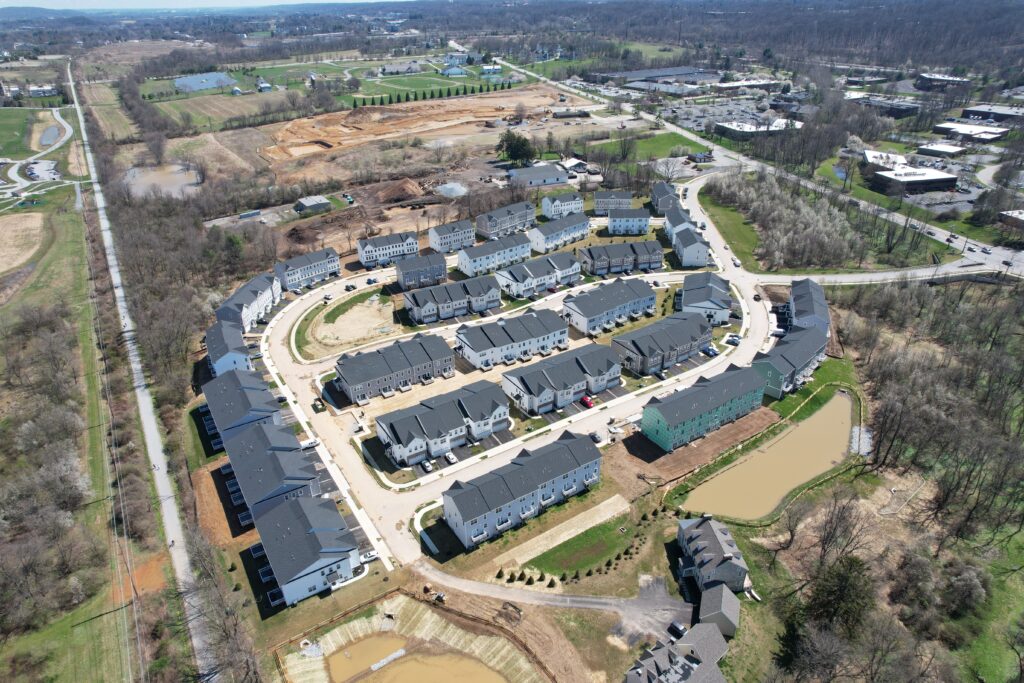 The second project, formally known as Exton Knoll, was still working its way through West Whiteland, DEP and PennDOT to obtain the necessary approvals to start construction. Now, a year later, the project has been broken up into two separate communities: Exton Grove and Summer Hill. Exton Grove is being developed by Lennar and consists of 99 luxury for-sale townhomes. Summer Hill is a joint venture between Bentley Homes, E. Kahn Development and Cornerstone Tracy and will consist of a 220 townhome rental community. Both communities will have a direct connection to the Chester Valley Trail and naturalized walking paths. The rental community will also have picnic areas, tot lots, dog parks, and a community building with a pool. Both projects have broken ground, with Lennar starting construction on their model home in the coming days. 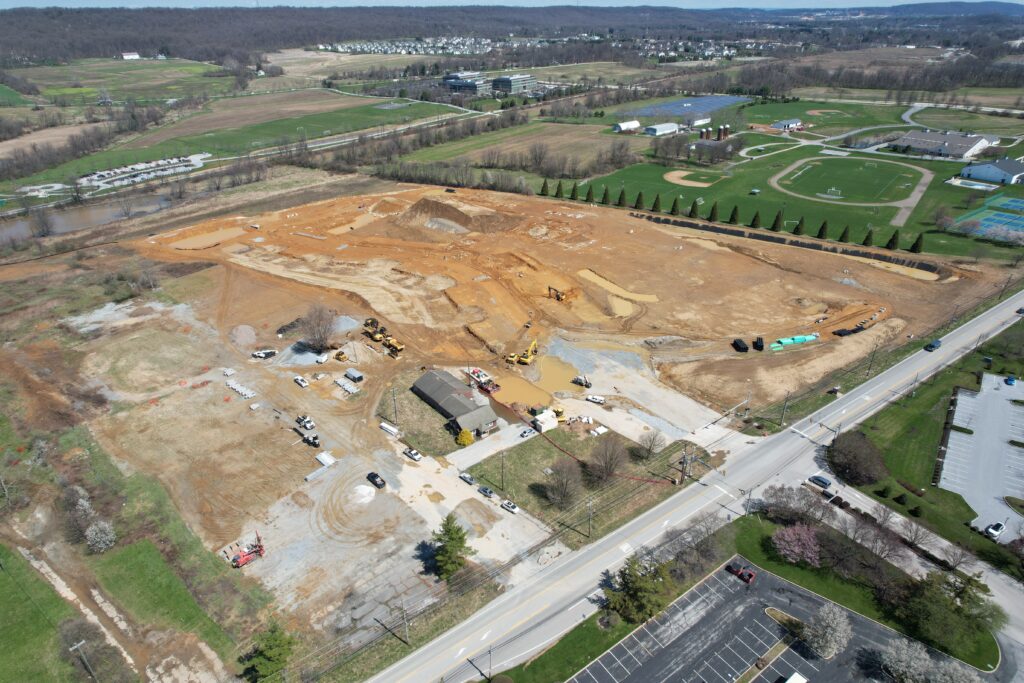 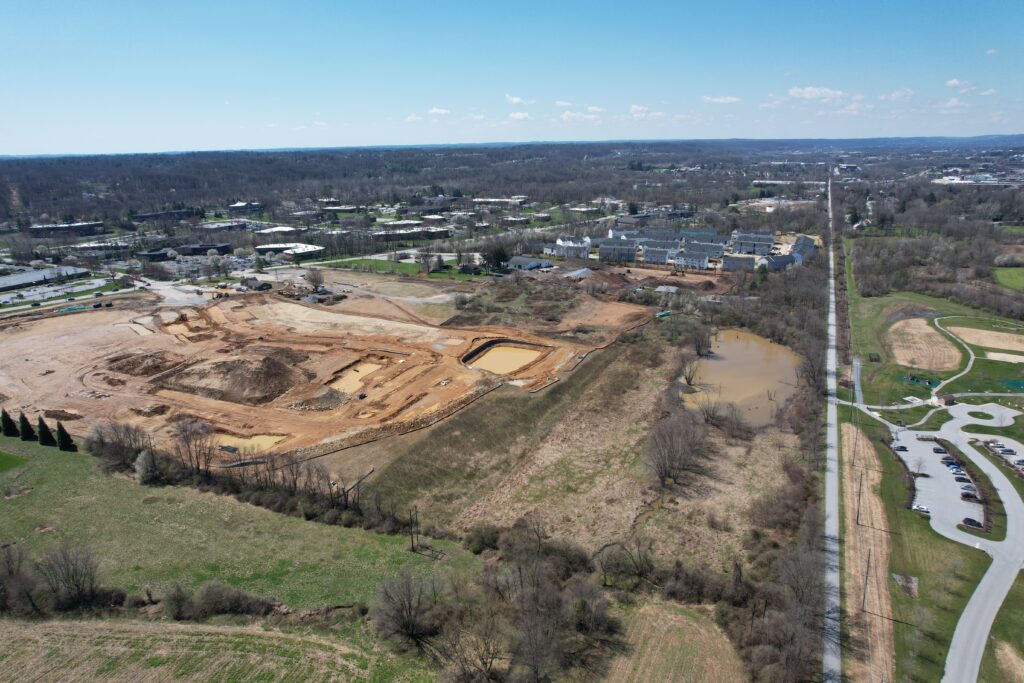 The third and fourth projects are located further west on the other side of Ship Road. About a year ago, these projects were just getting started on the full engineering design, and now a year later, both projects have obtained final approval from the township and are just waiting on obtaining Penndot and NPDES approvals before breaking ground this summer. Ship Run has 95 single-family homes and is being developed by local developer Joe Behrle. This community will be generally located behind the Laborers Union facility, with access to Lincoln Highway and Ship Road, and preserves roughly half of the tract as Open Space. Homeowners will also have walking and biking access to the Chester Valley Trail. The last project, which will be on the opposite side of the stream from Ship Run, is being developed by E. Kahn Development and consists of 68 townhomes and a separate commercial area on Lincoln Highway, which will be home to a new Wawa. This project will support the Township’s Plan to reduce Ship Road traffic and congestion by installing the southern leg of the new North-South Couplet Road. The couplet will also provide a new public trail that will eventually connect the Chester Valley Trail with the County’s future extension along the out-of-service freight rail line south of the Exton By-Pass.