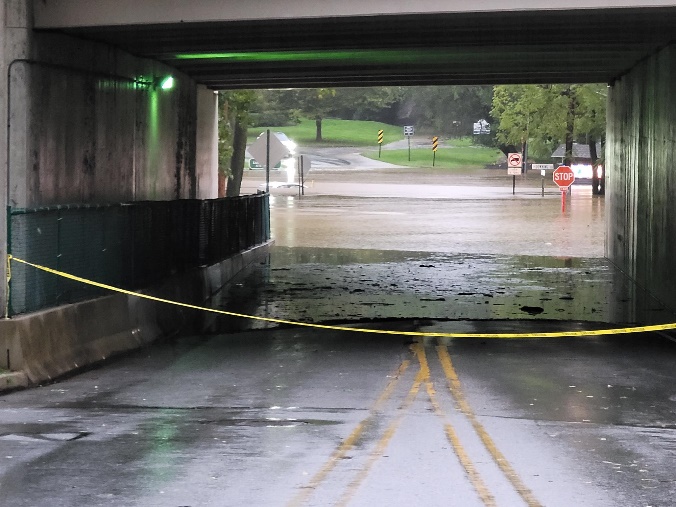 Not all rain events are created equal! Last week, Hurricane Ida slammed our area with unprecedented rains. For those who live along any of the major creeks in Chester County or other low-lying areas, the flooding was unlike anything we have ever seen. With rain intensities north of 3’’/hour in some locations, areas that you wouldn’t even think were at risk of flooding were either underwater or turned into raging rivers. This area has not seen such rain totals and/or such far-reaching floodwaters since Hurricane Floyd in 1999.

The severity of flooding has a lot more to do with the rain “intensity” than the rain totals. During Hurricane Floyd, areas around us saw 8 to 9 inches of rain, which was very similar to this last storm. The difference this time was that the bulk of that rain fell in just 4 or 5 hours as opposed to 6 to 8 hours, which was the case with Floyd. Because the “intensity” of the rain was so much greater with Ida, we had flood heights that smashed the previous records, some of which have stood for over 100 years.

Here are just a few of the record-breaking examples. A height of 19.1 feet was recorded along the Brandywine (south of D-town). That was 4.3 feet higher than the previous record and so high that the monitoring station itself was underwater. Some other record heights set along the Brandywine Creek were in Modena, where it topped 13.4 feet (0.9 feet above the previous record), and in Chadds Ford, which peaked just above 21’ (3.9 feet above the previous record). Unfortunately, it is cost-prohibitive to design and build for such unprecedented conditions, and we can only hope this will be a “once in a lifetime” event. 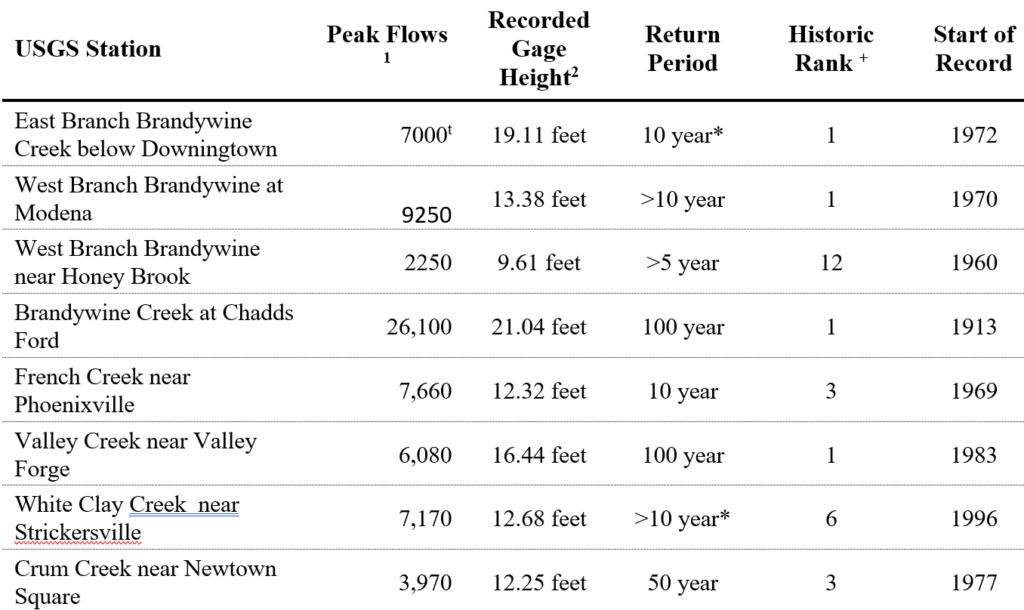