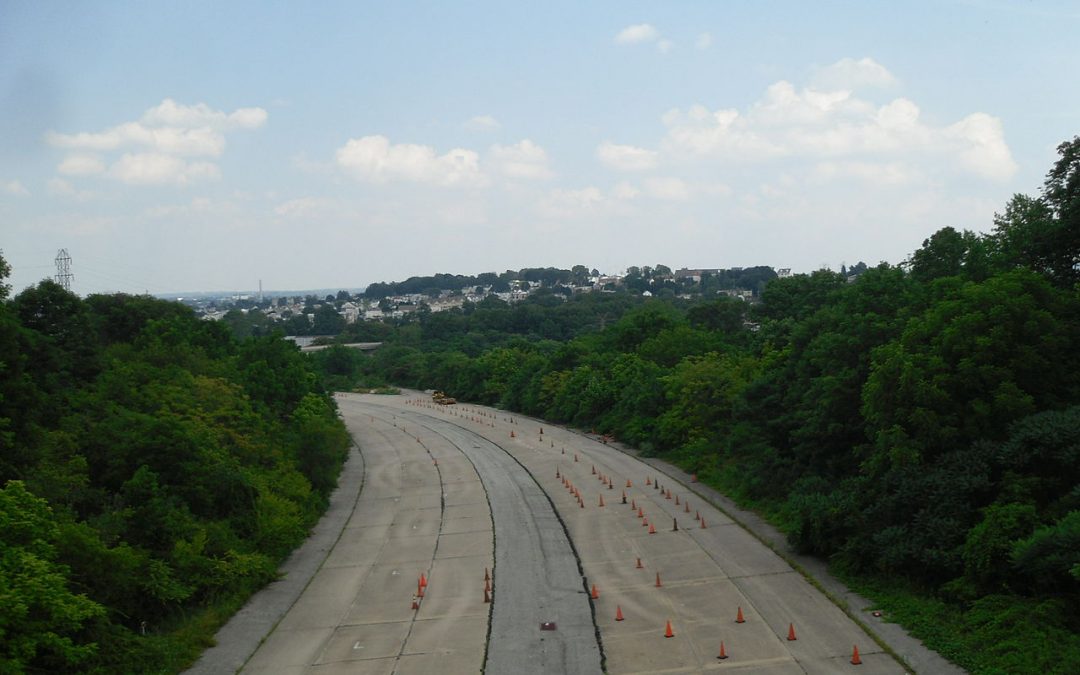 What happens when a civil engineering project is started but never completed? It enters a purgatory, neither alive nor dead. A monument to the mistakes of yore. A relic of what could have been, but never was.

OK, enough with the dramatic introduction. I’m talking about infrastructure that began construction but just was never completed. Maybe due to insufficient project funds, politics, public opposition, or one of many various unforeseen circumstances. Some of these projects you can still find remnants of even to this day if you know where to look.

One such example is the Schuylkill Parkway located in Bridgeport, PA. Originally designed in the 1960s to be a freeway bypass of PA 23 between US422 and US 202. The goal was to alleviate the anticipated congestion in Bridgeport by creating a direct route to 422 rather than traveling south on 202, past the recently opened King of Prussia Mall, and eventually merging onto 422. In 1972, the interchange at PA 23 and US 202 was built, along with a short freeway stub and traffic signals. Construction came to a grinding halt when PennDOT ran out of funds (surprise surprise). This “Road to Nowhere” now sits unused except for the occasional commercial driver’s license tests’ and emergency vehicle training exercises, firmly entombed in the project graveyard.

Coincidentally, this next project was also another proposed freeway bypass of PA23. This one, however, is located in Lancaster County. Designed in the 1960s, plans were made to build a freeway for PA 23 between US 30 (East Walnut Street in Lancaster City) and PA 772. Construction began in the 1970s. Several bridges were built, the preliminary road grading was completed, and an interchange located at PA 772 was well on its way towards completion. But when PennDOT canceled all expressway projects not part of the Interstate System in the 1970s, this project became an infamous casualty. Subsequently, the road alignment was planted over and leased to adjacent farms and the would-be road became known locally as “The Goat Path.” Every decade or so a proposal emerges to rejuvenate this project but as of 2019, nothing has gained any real traction. It remains in the project graveyard.

So if you don’t want your project to become part of the project graveyard, give D.L. Howell a call. Every state interstate system project we have ever designed has been fully completed….which is none.