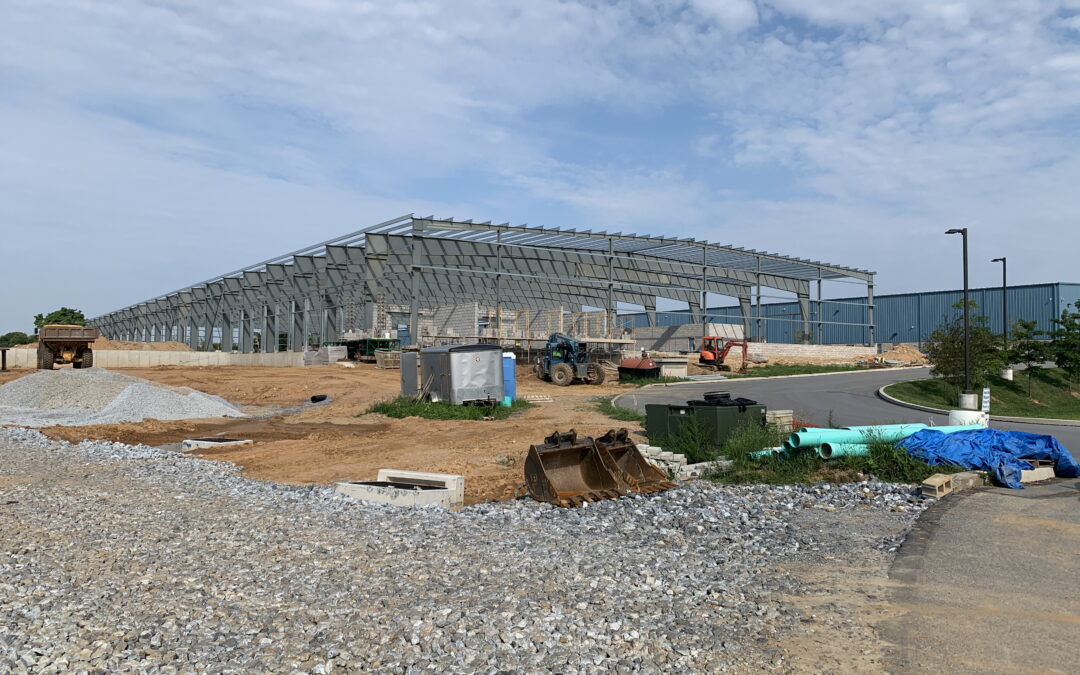 John Rock, Inc.’s Building #2 is currently under construction in Sadsbury Township. The building is a replica of the 88,000 S.F. building that was constructed in 2018. D.L. Howell & Associates guided John Rock through the Land Development process for Building #1 in 2017-2018. John Rock was in need of more storage space for the finished pallets, which warranted the second building. 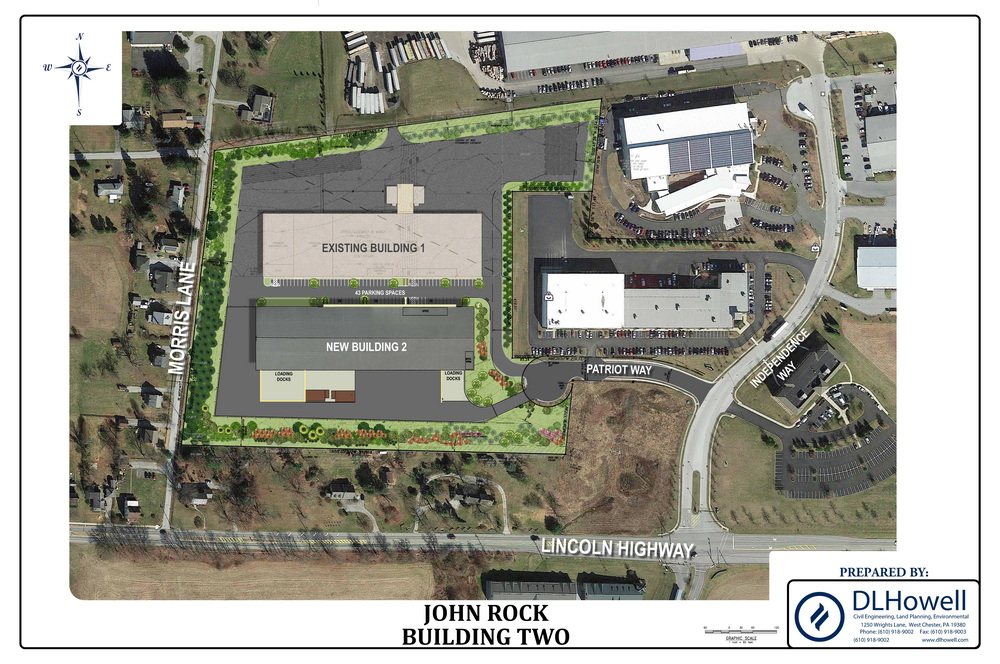 The project required an intricate stormwater management design as a result of poor infiltration results along portions of the property and because it is surrounded by residential properties. The stormwater management system is comprised of a hybrid of infiltration and the managed release concept that ultimately conveys controlled runoff to an existing basin adjacent to the property. The stormwater facilities include a subsurface infiltration bed, a subsurface system utilizing the managed release concept, and two bioretention basins.

DL Howell is very appreciative to have had the opportunity to assist John Rock in expanding their business once again.