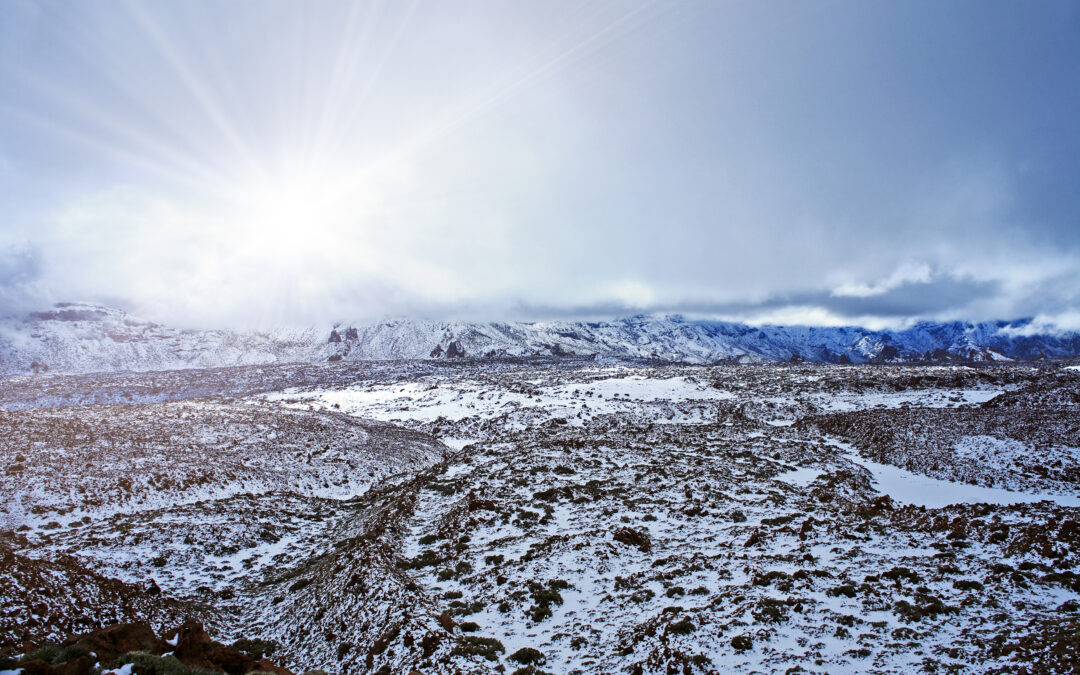 We are fortunate to live in a region where seasonal change offers a range of different temperatures and opportunities to experience. From lakes and beaches in the summer to mountains in the winter, Mother Nature provides us with a chance to enjoy each of the four seasons for just long enough before we start looking forward to the upcoming change.

I began to think, what if that wasn’t the case? What if we had the same climate year-round? How would that impact the way the local infrastructure operated?

Each year, we typically have a brief window of time where the frost layer of the soil extends to a depth that halts construction or at least impacts it enough to necessitate alternative methods of excavation and earthwork. How do engineers, surveyors, planners, and operators overcome the challenges of construction in areas where the ground is permanently frozen, permafrost? Let’s dig in.

Permafrost is soil, rock, or sediment that is frozen for more than two consecutive years. Frozen ground is that which is below the freezing point of water, whether or not water is present in the substrate. In areas not covered by ice, it exists beneath a layer of soil, rock, or sediment, which freezes and thaws annually and is called the “active layer”. Permafrost typically forms in any climate where the mean annual air temperature is lower than the freezing point of water and extends to a base depth where geothermal heat from the Earth and the mean annual temperature at the surface achieves an equilibrium temperature of 0 °C.

Arctic permafrost has been diminishing for many centuries. The consequence is thawing, which causes the soil to be weaker and wetlands to dry out from drainage or evaporation, which compromises the ability of plants and animals to survive. During thaw, the ice content of the soil melts and, as the water drains or evaporates, causes the soil structure to weaken until it regains strength with decreasing moisture content. Recently, an increasing number of alpine rock slope failure events in mountain ranges around the world have been recorded. The high number of structural failures is expected to be due to permafrost thawing, which could be linked to climate change.

Building on permafrost can be difficult because the heat of the building can warm the permafrost and destabilize the structure. This warming can result in the thawing of the soil which could lead to the weakening of support for a structure as the ice content turns to water. Where structures are built on piles, warming can cause movement through creep because of the change of friction on the piles even as the soil remains frozen. One example of how engineers solved the permafrost problem was during the construction of the Trans-Alaska Pipeline, which used heat pipes built into vertical supports to prevent the pipeline from sinking. Two additional methods commonly used in regions experiencing permafrost are to build on thick gravel pads, typically three to six feet thick, or using pile foundations extending down to a depth of 50 feet.

While we, in our region, don’t experience the level of complications of others dealing with permafrost, the above examples show the adaptability within the engineering and construction community.
The ability to adapt, overcome, and provide a solution to the problem, both historically and currently, is the overall objective. I doubt when the famous lyricist Vanilla Ice once wrote, “If there was a problem, yo, I’ll solve it!”, he had the engineering community in mind, but a more accurate motto has yet to be penned.