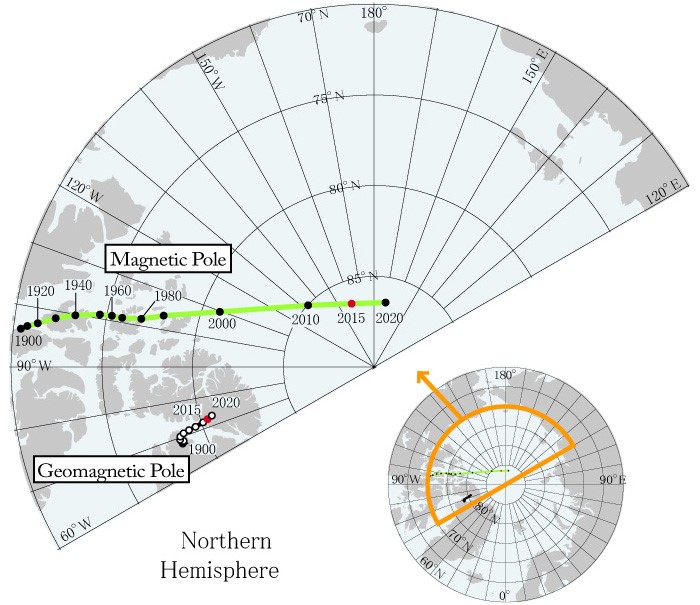 (Excerpted from an article by Marcia Wendorf)

Did you know that the Earth has two magnetic poles?  They are the North and South Magnetic Poles.

Previously, between the years of 1590 and 1990, the North Magnetic Pole hung around northern Canada in an area covering about 1,400 square miles.  Just 20 years ago it was moving at a rate of 6.2 miles per year. Currently, the North Magnetic Pole is moving at a rate of 31 miles (50 km) per year.    It continues to accelerate as it moves away from Canada and toward Siberia.

What is causing the pole to move? 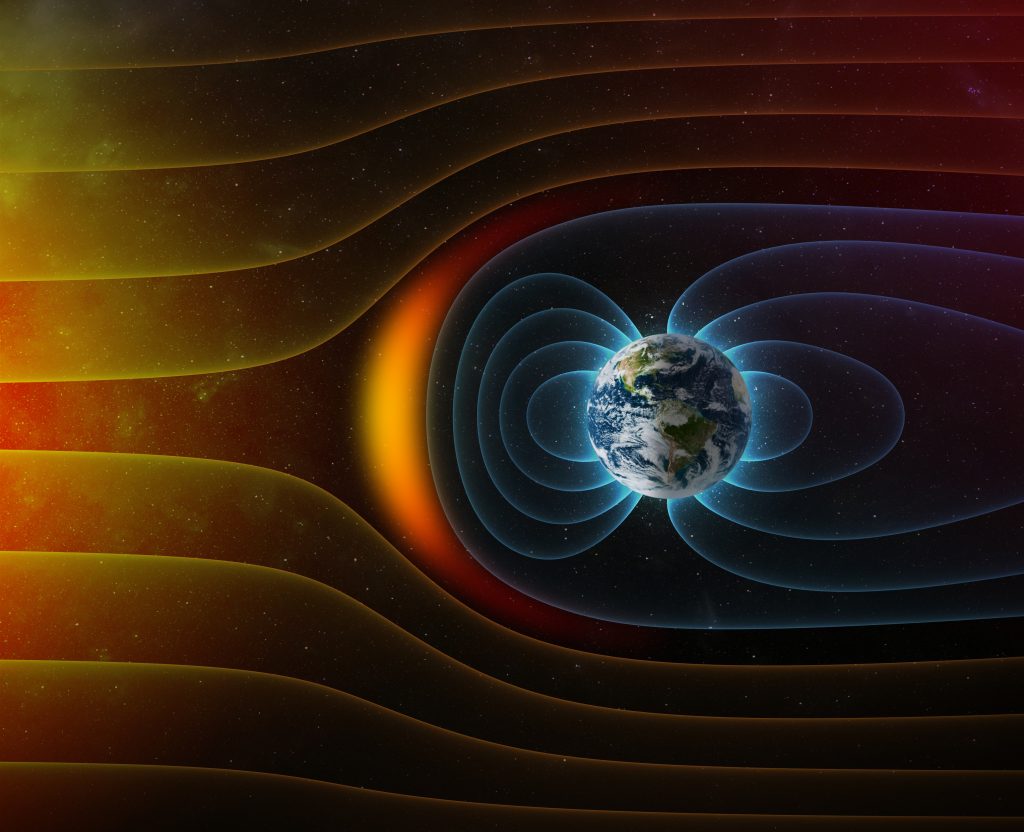 Earth’s magnetic field extends from its interior out into space.  Once in space, the field interacts with the solar wind, which is a stream of charged particles emanating from the Sun.  If we didn’t have this magnetic field, the solar wind and cosmic rays would strip away the Earth’s ozone layer, which protects us from the Sun’s ultraviolet radiation.

Earth’s magnetic field is created by the movement of liquid iron and nickel about 1,800 miles below the Earth’s surface.  Since the liquid is extremely hot (over 5,400 degrees Fahrenheit) it moves very easily.  This movement is known as “The Dynamo Effect”.

How does this affect me?

Those most affected by the shift in the North Magnetic Pole are airports and people who like to explore the outdoors with a map and compass.

Airports designate their runways based upon their relationship to Magnetic North.  They do this so that pilots may use the magnetic compass in their planes to orient themselves properly to the runway.  For example, if a runway is oriented at an azimuth of 90°, it would be given a designation of 9.  Coming from the other direction on the same runway (180° different) that runway is given a designation of 27 because it has an azimuth of 270°.  (Runways are rounded to the nearest 10 degrees).  As the North Magnetic Pole moves, these airports will have to change the designations of their runways to keep up with the shift.

The magnetic poles are weakening and may reverse.

In addition to moving, the Earth’s magnetic field is weakening at a rate of 5% every 100 years.  If it weakens too much, Earth will become vulnerable to cosmic and solar radiation.  This would have a catastrophic affect to life on Earth.

Sometimes, the North and South Magnetic Poles will switch places.  This happens, on average, about every 500,000 years.  The last time the poles reversed was 780,000 years ago, so we’re overdue for this phenomenon.

Fear not!  If this happens anytime soon, we at DL Howell and Howell Kline Surveying will be here to assist you in your time of need … and perhaps Denny will let us close the office at 5:00 p.m. that day.