Coming in for a Clear Landing 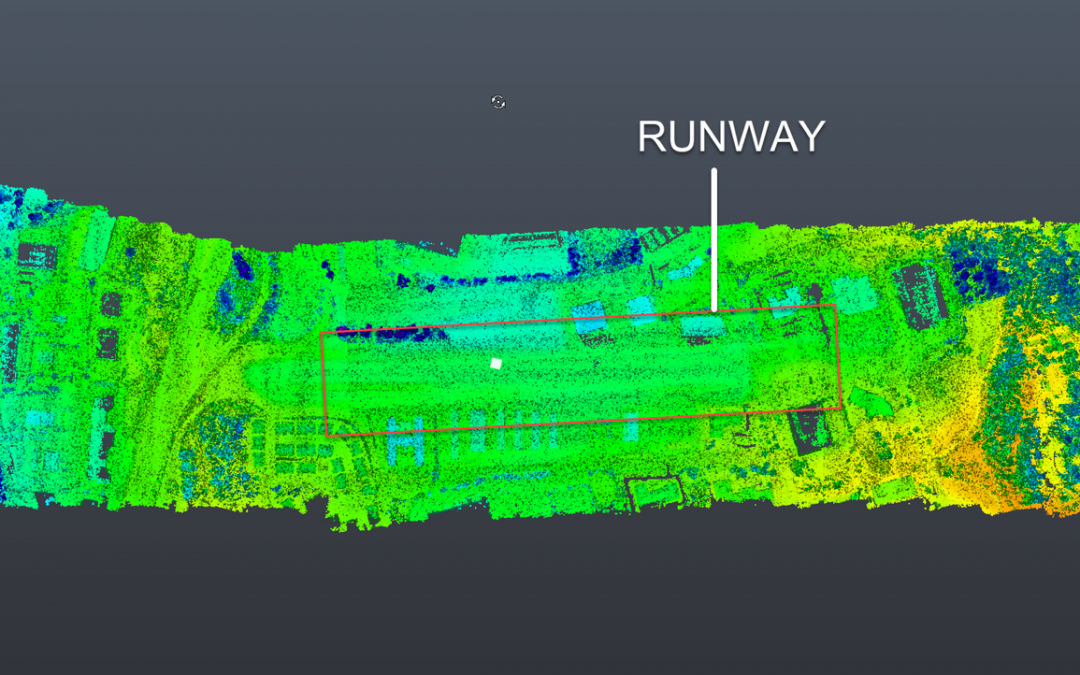 Recently Howell Surveying performed a drone flight over the Brandywine Valley Airport to find out the relative height of the surrounding trees and buildings to the runway. Several months before this flight, a separate operation was done in order to create a high-resolution image of the existing features of the airport and its surrounding areas. This flight, however, was completed with our Yellowscan Mapper LiDAR system.

LiDAR stands for Light Detection and Ranging, and it is the process of laser light being sent from a source (transmitter) and reflected from objects in its range. Each reflected light spot is represented as a dot or a data point. These data points are then compiled into a 3D surface or a “point cloud” for our surveyors and drafters to work with. The system receiver detects the reflected light, and the time of flight is used to create a distance map of the objects in its scope.

Howell Surveying used all of this data to determine the heights of both the buildings and trees near the airport’s takeoff and landing areas. This would allow the airport to identify any possible issues with a tree or a building’s height relative to the approach and takeoff path of the runway.

The point cloud in the images below shows the different heights of objects relative to the runway. The total area covered during the flight totaled nearly 300 acres. 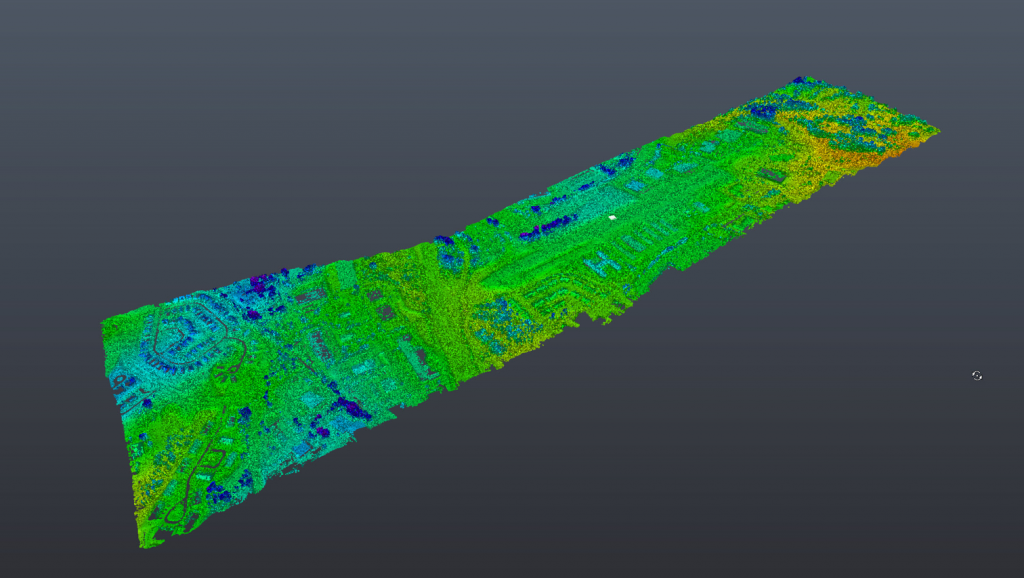