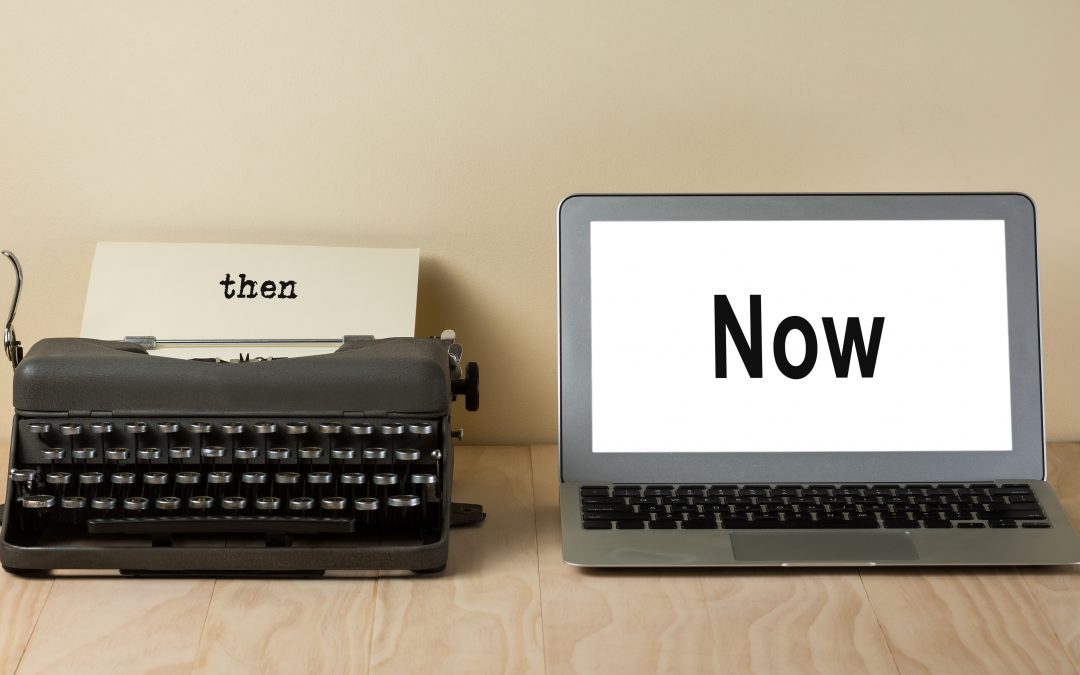 The end of this month will mark my 18th year with D.L. Howell & Associates.  I thought it would be interesting to look back at all the changes that have occurred during that time and the evolution that has occurred in the industry and in technology.

On August 27, 2001, I started my first day with Denny.  Up until that time I had spent most of my working career in the construction industry.  Having just turned 30 and two weeks away from marriage, I figured it was a good time to make a career change, as my body was already feeling the effects of a blue collared life.  At that time AutoCAD was quickly becoming the go-to program in the industrial world, replacing Terra-model (or as we like to call it, “terrible-model”) and Micro Station.  Digitally, we had very little information available and many architects and engineers were still drafting plans by hand.  I can remember calculating drainage areas with a device called a planometer, which rolled around on wheels and was calibrated to the drawing using a triangulation of points.  Looking back, the accuracy was probably only 90% to 95%.  Our computers had 500MB’s of RAM and we had to print single sheets of plans (which took about 3 minutes per page), then run them through a photocopier and collate.  Putting together 10 sets of 25 sheets was an all-day endeavor.  At that time, faxing was still the best way to send documents and phones were still analog.  Nextel flip phones were the rage, with the “push to talk” button that worked like a walkie-talkie.

Flashing forward about a half dozen years, everything was changing fast.  Our computers had a lot more RAM and processing speed, our plotters were now pumping out a sheet or two a minute and you could plot a whole set of plans with no need to use that photocopier.   That same set of plans now could be plotted in just a few hours.  The internet had come a long way as well and we now had access to imagery online, thanks to Google Earth, that we could screen capture and insert into our drawings.  The iPhone with touch screen was introduced to the world, arguably the greatest invention of all time behind fire, the wheel, electricity and of course sliced bread!  (Why is sliced bread such a marvel??)  During this time, I also bought my 1st home and had a couple of kids.  My life was now changed forever!

From then until now it all blurs together.  I’ve endured many sleepless nights with my kids and experienced the worst economic crash since the Great Depression, but have experienced many things, mastered many skills and met many amazing people in this industry.  We now have a plotter that is capable of plotting 6 to 8 pages a minute and in color.  We can access recorded plans, deeds, high resolution imagery, street views and elevated topography, all online and for free, making our once archaic sketch plans so detailed that they often get confused for approved engineered plans.  Everything is digital and accessible from anywhere and our phones allow us to do work and email clients while sitting on the beach with our feet in the water, if we so choose.  I’m excited to see what the future will bring and can only imagine drafting will be performed with mind controls rather than keyboards and mice.